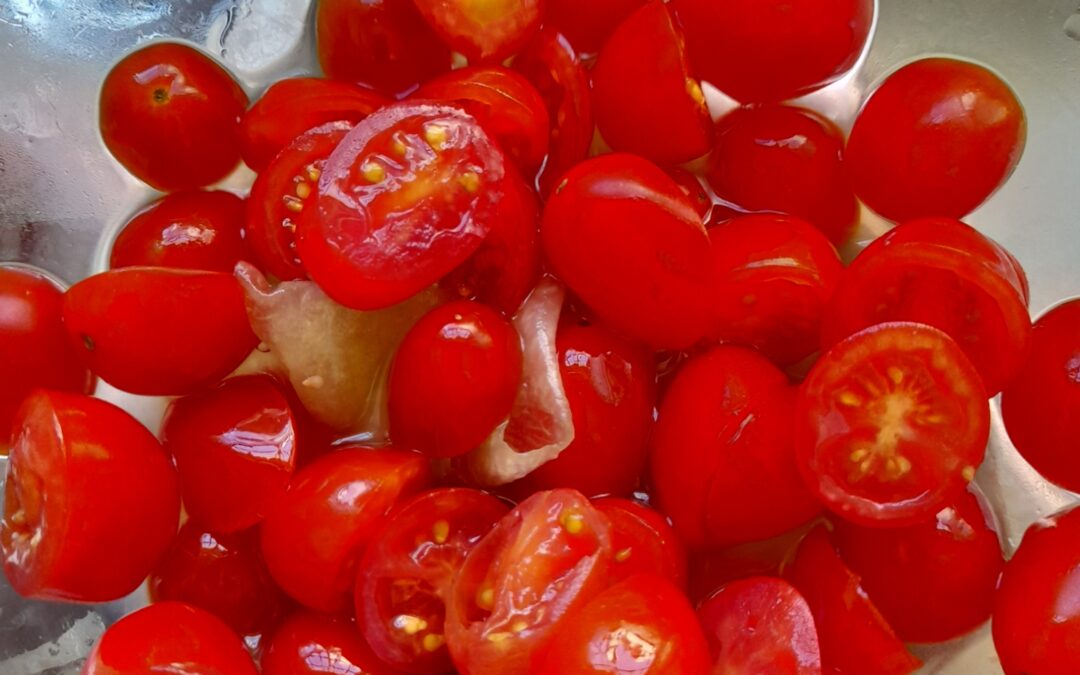 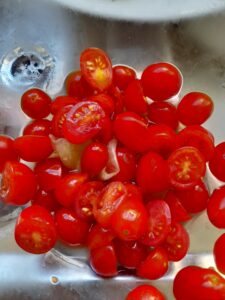 As summer approaches—no, really it is coming! —thoughts turn to cooler fare and what better way to start a meal than a cold soup. Gazpacho immediately springs to mind and, yes, there are those who get really precious about preparing it but that is no excuse for us to fall into the same trap. It couldn’t be simpler and if you want to doll it up with chopped veggies—do so—maybe a crouton here and there. When I first came across it in Spain decades ago the saying with Spanish housewives was “Hablo Moulinex!’ and they weren’t kidding. Things got blitzed into a coma and made the coolest most refreshing drink on a hot summer’s day. 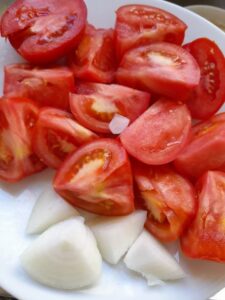 The jury’s out on whether to peel the tomatoes or not (I don’t) but obviously the cucumber must be. Do core the tomatoes to get rid of any hard bits. The rest will blend right in.  Don’t go mad with the garlic—remember it is raw and will remind you of its presence again and again. Do use the best olive oil you can afford and use apple cider vinegar if you have it. And isn’t it nice? —it’s very healthy for you and your vegan friends will love it. 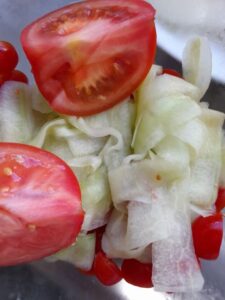 As does essential cucumber

1KG ripe tomatoes—any kind. Use more or less depending on how you like it. 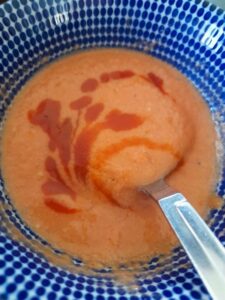 Soak the bread in the water.  Combine tomatoes, cucumber, onion, garlic, vinegar, in the bowl of a food processor or blender. Blend until smooth, then add olive oil and blend to combine. Squeeze out the bread and add to the mixture. Blend until smooth. Taste and season with salt, pepper, and more vinegar if needed. Cover and refrigerate until chilled—a good three hours—this is important as the flavours get to know each other. Serve garnished with olive oil and a shot of ice cold sherry. Buen provecho!