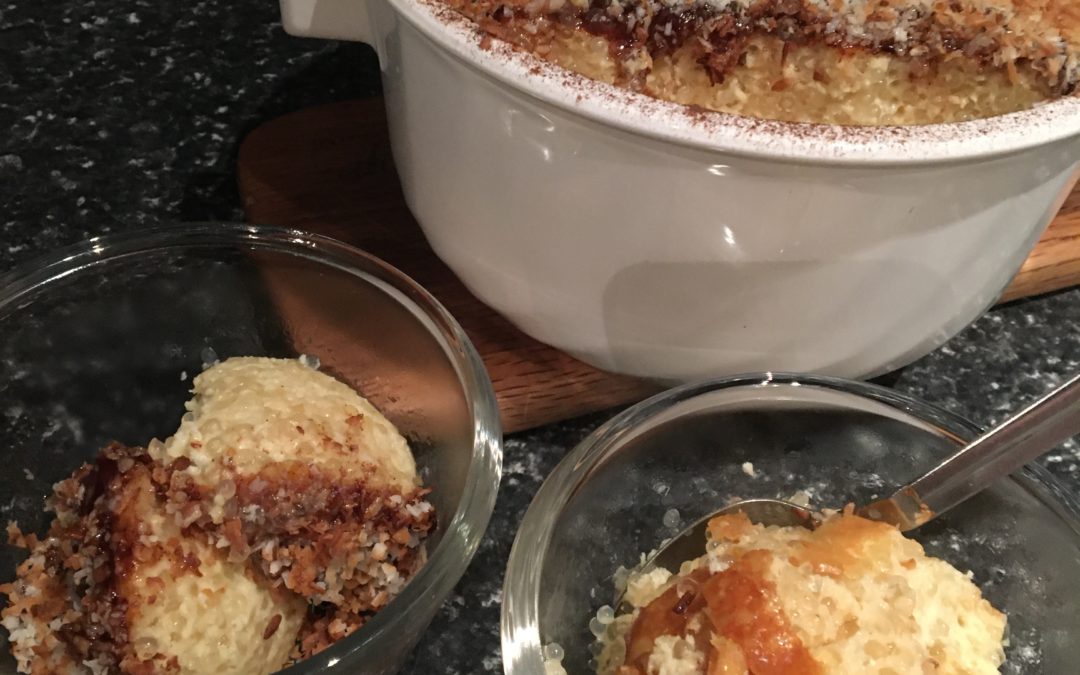 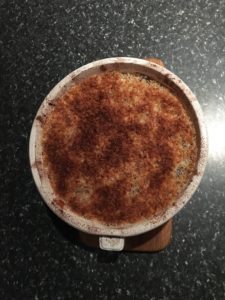 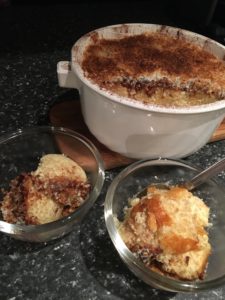 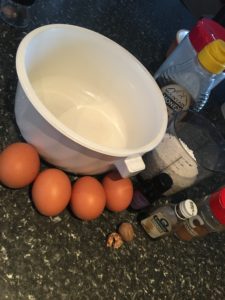 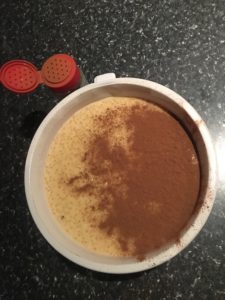 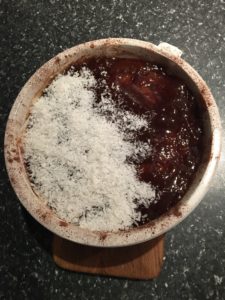 Some people seem to have very unflattering opinions about sago pudding, a staple of many boarding schools and memories of growing up in homes that did not equate yummy with nourishing. Of course now we are adults we can do anything we like with our food –and often do. This recipe for sago makes the most delicious, creamy, sweet, crunchy, unctuous thing that you will eat in a long time. Very easy to make but best served hot—the way we like it, with extra cream –life is for living, or at least warm. If there is any left over, do put it in the fridge and then warm in the microwave—oh we are not supposed to say that, but do it any way. Enjoy and take it with a delicious, ice cold, and sweet wine for an extra treat. Just a small glass now.

Preheat over to 160C

Place milk, Cinnamon stick and Star Anise in saucepan and slowly bring to the boil – stirring often and making sure the milk does not stick. Not to be rushed – the longer the better to infuse the flavour.  Once getting to a boil remove Cinnamon stick and Star Anise and add Sago – bit by bit and constantly stirring to stop clumping and sticking. Cook Sago for 20-25min on medium heat stirring all the time. When translucent remove from the heat and add the butter, sugar, Vanilla and Almond essence and mix thoroughly – add beaten eggs and transfer into a greased dish. Cover with ground Cinnamon and Nutmeg and bake for 45min at 160C.

Remove from the oven and spoon and spread over the Apricot jam. Cover with a layer of Coconut and place under the griller for 4-5min until the Coconut starts to brown.

Serve hot or at room temperature. Good with some cream, but best on its own.

I always detested Sago as a child – we called it frogs eyes – but this recipe changed my feelings. Important not to rush the cooking and to stir continuously.